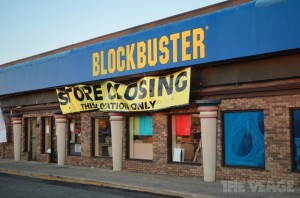 In a decision that could reshape consumers’ access to entertainment, news and other online content, a federal appeals court Tuesday set aside Federal Communications Commission rules designed to ensure that transmission of all Internet content be treated equally. The anti-discrimination and anti-blocking rules have barred broadband providers from prioritizing some types of Internet traffic over others.

Here are my comments:

1. Terrible decision. Although a court should perform an analysis based on the law, every now and then, there is an issue so important, that public policy should at least be considered. Net Neutrality is such an issue. The court in this decision constrained itself and failed to consider the public policy fallout of what is to come as a result of its decision. If it was to overturn an FCC ruling, when the FCC is duty bound to protect consumers, then the moment this case was considered, public policy should have been tantamount in any legal analysis.

2. The ruling failed to address what this case is all about. Let’s call it for what it is! Comcast, Verizon and other cable-based broadband internet service providers want their old business model back. Instead of embracing the innovation from technologies like Netflix and YouTube, they would prefer to monopolize the television experience. Or at least make consumers or companies pay a premium for those services. They want households that use Netflix to pay heavily, or they want Netflix themselves to pay heavily. Either way, those costs will be passed down to the consumer. Netflix put Blockbuster out of business because Blockbuster failed to keep up with the times. Instead of trying to be more innovative, the broadband service providers have taken to litigation in order to avoid suffering Blockbuster’s (timely) death. The Court danced around the real issue.

3. Innovation is the solution. One way or another. Either the broadband service providers will innovate, or through this attempt to monopolize the net, they will force these young great innovative companies to go through a period of exponential innovation. One where they find a way to cut out the need for broadband access all together. The broadband providers are banking on consumers siding with them in the end (i.e. that one consumer would be happy to pay a premium on using services like Netflix while those who don’t will feel rewarded with lower costs). But they are seriously mistaken. My 55 year old parents sit, cuddle and watch Netflix! Why? Because my generation introduces them to it! Netflix is a household staple item across all demographics. Get ready for backlash. Get ready for regretting the false sense of comfort that this terrible ruling will give you. If you thought you were getting cut out before, get ready for a customer base that will largely resent you, and a period of consumer demand, desperation and fallout that will breed game changing innovation. You can either innovate now, or put all your hopes in the hands of court rulings like this, that will force you to suffer the fate of Blockbuster. In other words, broadband companies, at some point will need to compete or become obsolete.